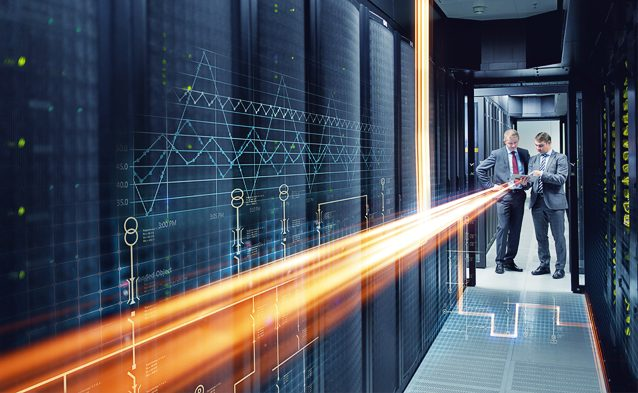 Demand for niche property has soared over past year, leading to a flurry of deals in nascent sector
Demand for the specialist property used to house data centres has soared over the past year as locked-down workers have turned to teleconferencing and streaming services, leading to a flurry of deals in the nascent sector.
Data centre mergers and acquisitions totalled almost $35bn globally last year, more than five times the volume of deals in 2019 and $10bn ahead of the previous annual record set in 2017, according to data centre information platform DC Byte.

As the sector expands it is attracting interest from private equity firms and asset managers typically invested in more traditional commercial property assets.

The centres are increasingly in demand as businesses and government agencies have moved to cloud computing. The three biggest cloud providers, Amazon Web Services, Google Cloud and Microsoft Azure, are by far the largest tenants and have been growing fast in recent years.

The cloud providers often use data centres in much the same way that co-working companies such as WeWork use offices: leasing whole buildings from owners and then subleasing portions of the centre to other businesses.

“The growth in cloud computing has never been as pronounced as in the last nine months. Finance departments are asking chief technology officers to reduce costs. The only short-term cheap fix is to go to the public cloud,” said Stephen Beard, head of data centres at Knight Frank.

That has prompted interest from private equity firms and institutional investors. Private equity firms Brookfield and KKR, the bank Goldman Sachs and asset managers Nuveen and Pimco are among those looking to increase their investment, Beard said.

“Anecdotally, you definitely see more traditional institutional investor interest in the space,” O’Driscoll said. “In the US, investors would once have had shopping centres and towers, now its data centres . . . Covid-19 has been an accelerator.”

Land suitable for building data centres can be scarce. Sites need access to considerable amounts of power and shelter from any natural hazards.

That has helped push up land values. In Slough, England, the data centre “Mecca” according to Beard, suitable land has traded for as much as £9m an acre, higher than peak industrial land values in London, he said.

The availability of high-speed internet connectivity has transformed the way we interact with and benefit from technology. The ability to send and receive vast...
Read more
Data News

The pandemic forced D&A leaders to step up research and analysis to respond effectively to change and uncertainty, the firm says. While much of the...
Read more
Data News

Why use Scrum in Software Development?

The world of software development is enigmatic, where you will find a plethora of technologies and methodologies to develop your software. Especially when it's about...
Read more
- Advertisment -