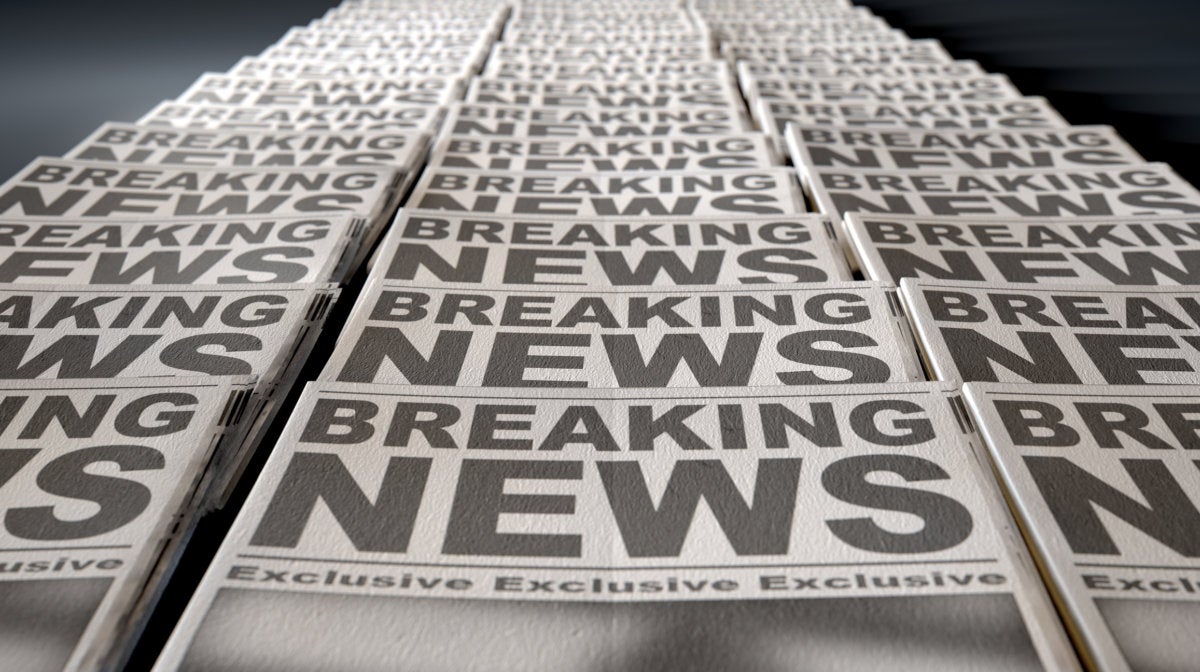 Machine learning algorithms provide a way to detect misinformation based on writing style and how articles are shared.

On topics as varied as climate change and the safety of vaccines, you will find a wave of misinformation all over social media. Trust in conventional news sources may seem lower than ever, but researchers are working on ways to give people more insight on whether they can believe what they read. Researchers have been testing artificial intelligence (AI) tools that could help filter legitimate news. But how trustworthy is AI when it comes to stopping the spread of misinformation?

Researchers at the Rensselaer Polytechnic Institute (RPI) and the University of Tennessee collaborated to study the role of AI in helping people identify whether the news they’re reading is legitimate or not.

The research paper, “Tailoring Heuristics and Timing AI Interventions for Supporting News Veracity Assessments,” was published in Computers in Human Behavior Reports.  It discussed how crowdsourcing marketplace Amazon Mechanical Turk (AMT) can be used to identify misinformation for fresh news and specific heuristics, which are rules of thumb used to process information and consider its veracity. In other words, heuristics are essentially “shortcuts for decisions,” explained Dorit Nevo, an associate professor at RPI’s Lally School of Management and a lead author for the paper.

The study found that AI would be successful in flagging false stories only if the reader did not already have an opinion on the topic, Nevo said. When study subjects were set in their beliefs, confirmation bias kept them from reassessing their views.

Nevo said the first part of the project focused on whether subjects could detect misinformation around climate change and vaccines like the one designed to prevent chicken pox. Then, beginning in April 2020, her team studied how people responded to news related to COVID-19.

“With COVID-19, there was a significant difference,” Nevo said. They found that about 72 percent of respondents could identify misinformation about the coronavirus without heuristic clues, and roughly 93 percent were able to be convinced by the researcher’s heuristics that the content was fake.

Examples of heuristic clues include text with too many capital letters or the use of strong language, Nevo said.

There were two types of heuristics mentioned in the team’s paper: objective heuristics and source heuristics. They put a statement at the top of each article the subjects read; it instructed them to read the article and indicate whether they believed its central thesis.

In her research on heuristics, Nevo found that people’s thinking takes one of two paths: The first path is to read the article, think about it and decide if they believe it; the second is to consider the source and what others think about the news, and decide whether to believe it before reading it.

Another research paper, “Timing Matters When Correcting Fake News,” published in the Proceedings of the National Academy of Science by researchers at Harvard University, differed from the RPI researchers in its findings. While Nevo and her collaborators found that it’s easier to convince people that a story is fake news before reading it, the Harvard researchers, led by Nadia M. Brashier, a psychologist and neuroscientist, discovered that a fact-check can convince people of misinformation even after reading headlines. When study subjects read true or false labels after reading a headline, that resulted in a 25.3 percent reduction in “subsequent misclassification,” when compared to headlines with no tag, Brashier and her team found.

In the end, fighting misinformation will require both computing and human efforts such as policy changes, says Benjamin D. Horne, an assistant professor of Information Sciences at the University of Tennessee and one of Nevo’s co-authors. He says the RPI-Tennessee work was inspired by AI tools he designed previously. Horne was previously a research assistant at RPI, where he developed machine learning (ML) algorithms that can detect partial truths as well as decontextualized truths and out-of-date information.

“Our algorithms are trained on source-level behavior, both when using the textual content of an article and the network of other news sources that it draws news from,” Horne said. “We have found that these two types of features together are quite good at distinguishing between sources labeled as reliable or unreliable by external news source ratings.”

So, what’s the potential for AI to be successful in detecting misinformation?

“The tools we have developed, and other tools developed in this area, have fairly high accuracy in lab settings,” says Horne. “For example, our most recent technical work showed around 83% accuracy in predicting when the source of a news article is reliable or unreliable.”

Despite the effectiveness of algorithms, old-fashioned fact-checking by journalists will still be required to combat fake news. AI could filter the information for fact-checkers to verify, according to Horne.

“AI tools are great at dealing with high quantities of information at fast speeds but lack the nuanced analysis that a journalist or fact-checker can provide,” Horne said. “I see a future where the two work together.”

This article has been published from the source link without modifications to the text. Only the headline has been changed.
Source link
Facebook
Twitter
Pinterest
WhatsApp
Linkedin
ReddIt
Email
Tumblr
Telegram
Mix
VK
Previous articleBenchmarking Edge & Cloud Platforms for Anomaly Detection
Next articleIntegrating Data Analytics with IoT

Physics calculations may work perfectly well in theory. On a blackboard, academic science is pretty predictable (outside of the quantum realm, perhaps). Yet, nothing...
Read more
Artificial Intelligence News

While electrons perform calculations by reducing the information to a series of 1s and 0s, photonic chips split and mix beams of light within...
Read more
Artificial Intelligence News

“All media exist to invest our lives with artificial perceptions and arbitrary values.” Marshall McLuhan The word disinformation is a cognate for the Russian dezinformatsia, the...
Read more
- Advertisment -