The most popular cryptocurrency, bitcoin (BTC), reached another milestone today, surpassing the USD 60,000 level for the first time in its history.

Other major cryptoassets are also in green today, with ethereum (ETH) extending its gains by 5%, to USD 1,870, while other coins in the top 10 club advanced by up to 8%.

Per Chainalysis data, BTC reached a new all-time high as inflows to exchanges declined and trade intensity data suggests that some exchanges are starting to receive much less actual supply of the underlying asset than historically despite high demand. 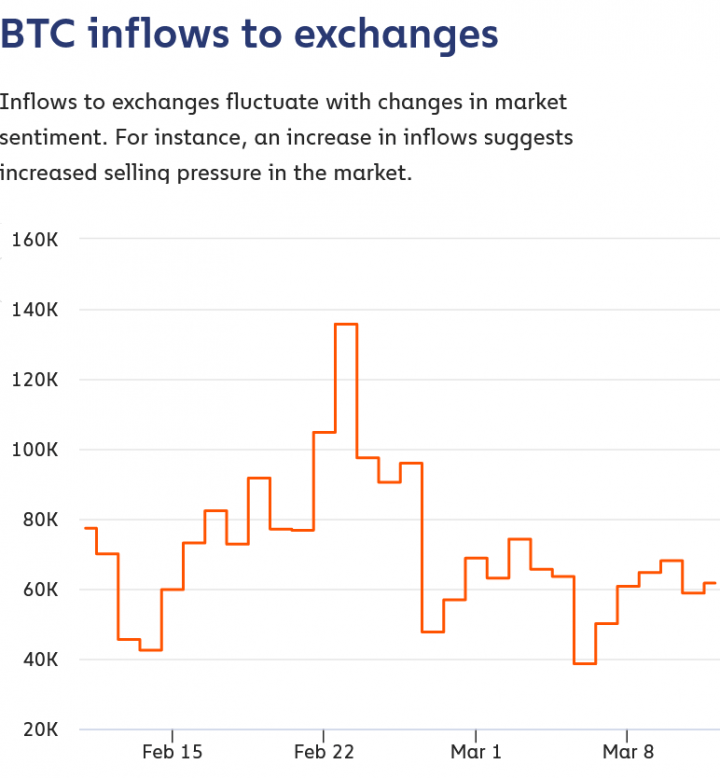 A year ago, BTC and many other assets experienced a major crash, dropping even below the USD 4,000 level. And the world’s first crypto has come a long way since. 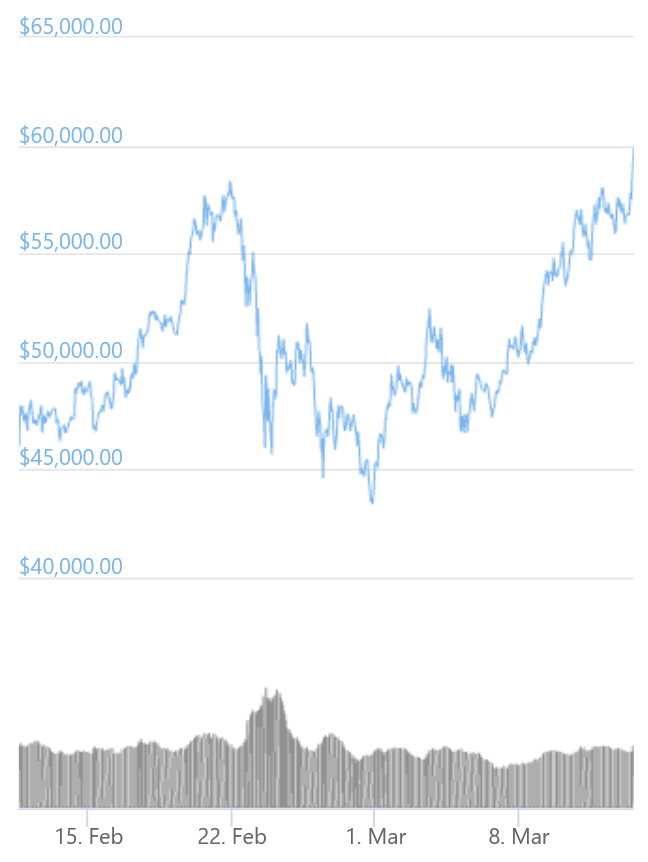 “There are many positive developments to keep pushing the coin’s price up, particularly the skyrocketing demand, and the scarcity it caused,” Greg Waisman, Co-founder and Chief Operating Offering of payment network Mercuryo, said in an emailed comment.

According to him, it took over a decade for institutional investors to develop an interest in Bitcoin, but now that they have entered the industry, they have no intention of backing down.

“Another move that has attracted institutional investors is the launch of the third Bitcoin ETF [exchange-traded fund] in Canada, which is also the third BTC ETF in entire North America. It was launched by Mike Novogratz’s Galaxy Digital, as the US itself still stubbornly refuses to launch an exchange-traded product, even though companies continue to file for ETFs. The most recent examples include WisdomTree, while Grayscale [aims to hire] ETF specialists, indicating that it might be planning to file its own proposal,” Waisman added.

Meanwhile, Luke Ellis, CEO of Man Group, the world’s biggest publicly traded hedge fund firm, told CNBC yesterday that he sees BTC “as a trading instrument, not a thing that you think of as a long term asset allocation play” and warned that companies are not supposed to speculate with their cash balances.

The Bitcoin price is firm above $58k as of writing on Mar 19. Although BTC/USD is volatile, buyers’ presence and the subsequent determination—as seen from institutions, is...
Read more
Blockchain News

Nifty Gateway Hacked With Thousands of Dollars Worth of Artwork Stolen

Multiple people on Twitter reported thefts of digital artwork on Nifty Gateway. One Twitter user said over $150,000 in digital assets had been...
Read more
- Advertisment -