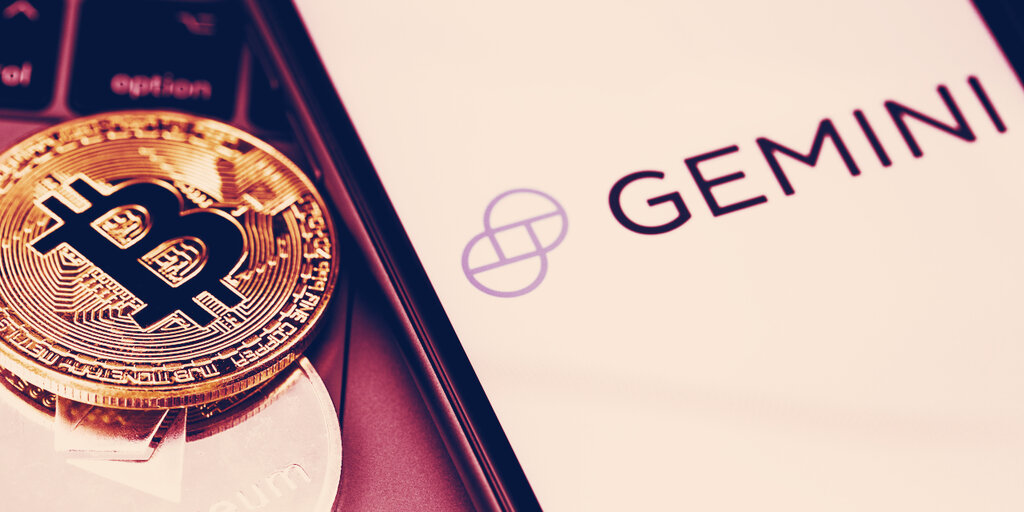 Bitcoin fell more than 7 percent on Monday after a whale deposited 18,000 BTC into a Gemini wallet.

The flagship cryptocurrency dropped to an intraday low of $54,568 at 0940 UTC, down 7.47 percent into the European session. Its correction started on Sunday after the price reached a new record high above $61,000. Traders used the refreshed peak to secure their profits, leading the prices lower. Nonetheless, the sell-off accelerated after the said Gemini deposit.

Analysts across the cryptocurrency market interpreted the $1 billion transfer to the US exchange as a sign of a major dump ahead. CryptoQuant CEO Ki-Young Ju was quick to point out the correlation between higher Bitcoin inflow and its spot prices. He published a chart that showed a spike in Gemini’s Bitcoin inflow on February 21, which followed a downside correction of more than 26 percent.

Bitcoin painted two high-volumed red candles on its four-hour chart just as the Gemini news went viral across social media, illustrating panic selling among retail traders. On the whole, the cryptocurrency shed almost 10 percent, or about $6,000, of its valuation in the previous six hours.

“This 18k BTC deposit is legit as it was a transaction between user deposit wallets and Gemini hot wallet,” noted Mr. Ju. “All Exchanges Inflow Mean is skyrocketed due to this deposit. Don’t overleverage if you’re in a long position.”

Around $1.41 billion worth of long entries got liquidated in the last four hours, according to “rekt” data provided by ByBt.com.

An independent analyst noted that the BTC/USD exchange rate could fall towards $51,860, a level that served as resistance during the pair’s rebound from the year-to-date low near $43,000. That is partly because of BTC/USD’s drop below its local support area around $58,000 (the redded range in the chart below).

“The day is still young so [the] price could still resolve itself relative to this red boxed area and turn it into support,” the analyst added. “Technically, BTC is in the process of a volatile retest.”

This article has been pubished from the source link without modifications to the text. Only the headline has been changed.
Source link
Facebook
Twitter
Pinterest
WhatsApp
Linkedin
ReddIt
Email
Tumblr
Telegram
Mix
VK
Previous articleBitcoin will reach $100K this june says Raoul Pal
Next articleUsing AI To Fight Propaganda

The Bitcoin price is firm above $58k as of writing on Mar 19. Although BTC/USD is volatile, buyers’ presence and the subsequent determination—as seen from institutions, is...
Read more
Blockchain News

Nifty Gateway Hacked With Thousands of Dollars Worth of Artwork Stolen

Multiple people on Twitter reported thefts of digital artwork on Nifty Gateway. One Twitter user said over $150,000 in digital assets had been...
Read more
- Advertisment -